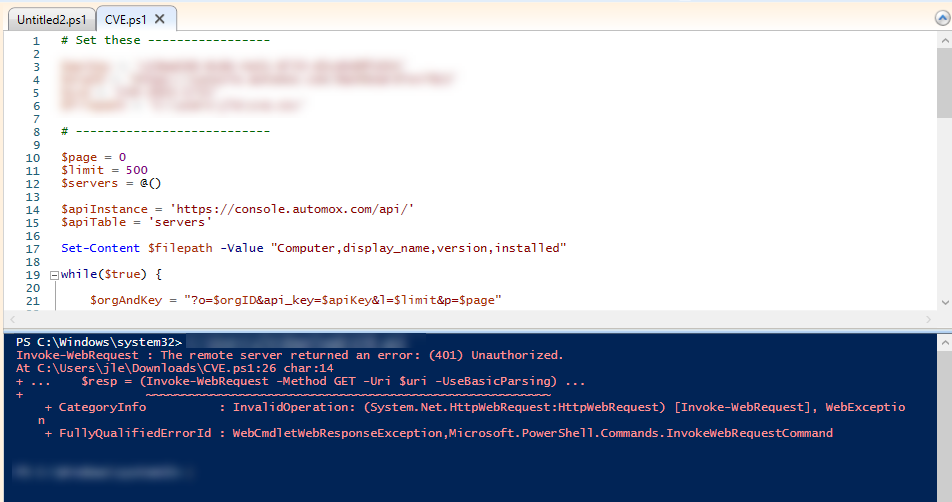 Living with vulnerabilities is a choice, not a necessity!


You can reproduce this by lowering the $limit variable to 5 and placing a write-host inside the server pagination loop. In this iteration of the script it will only display/iterate once.


The response length is evaluated by the following line:


However this part is not working as expected because the $response variable has never been defined till this point. An undefined variable with the count method, results in a 0 which is less than the limit, so the pagination immediately stops.


You can test this by entering a random variable with the count method in a Powershell window, for example: $test123.count .


Maybe the package collection still needs a pagination loop if a server has more packages than what the API allows to be collected in one GET request.

hello, im getting this error when running the scrip.